Howard Bilton of The Sovereign Group

1. Why should any HNW client in Asia be considering residency and citizenship planning?

2. What options are interesting today?

3. Why are they changing the rules in Portugal?

4. To what extent is this interesting to clients living in the UK?

5. What's are the considerations for UK expats overseas?

1. Why should any HNW client in Asia be considering residency and citizenship planning?

I wouldn't argue that they should, but if they are, there are a lot of quite attractive options out there where you can get the right to live somewhere else as a permanent resident with a minimum of procedure and a minimum of investment. And all countries compete to attract wealthy individuals, and at the moment there are quite a lot of schemes, if you like, out there, which aim to do just that.

2. What options are interesting today?

We're getting a lot of interest in particular in Portugal. because it makes it easier than most. And for an investment in Lisbon property, which seems to be one of the ones which is increasing in value the fastest at the moment, of euros, half a million, they will give you a permanent residency. And unusually to qualify for nationality, which might be your next objective so that you have a passport issued by a stable country, they don't actually require you to live there to start clocking up the qualifying five year period. There are actually a lot of nationality schemes where, in theory, you can apply for nationality after a certain period of time of holding the legal right to reside, but in practice you will only be granted the passport if you've actually resided there. And for many people they don't wish to move, they just wish to have the right to move at some stage in the future if they need to, due to political unrest or any other factors. So Portugal's particularly attractive because the level of investment is quite low and the procedures are very simple, and the investment that you're required is probably a great investment anyway, but that may be for others to say. And combined with that, Portugal also offers a special tax category for those who actually go and live there, which in simple terms allows you to live there 10 years tax free. Those two things combined have generated an awful lot of interest, and an awful lot of clients who have actually taken that out and gone down there purchase property and taken out what's known as the non-habitual residency, which is a free holiday. There is some urgency on doing this at the moment because it is rumoured and fairly certain that, by the end of this year you'll no longer be able to invest in Lisbon, Porto or Algarve property, so you'll have to look further afield where the investment climate is less certain. And for the tax-free status, very soon they're going to require you to pay 10% tax on pension income remitted to Portugal and are talking about charging dividends to 10% tax as well. There's a window of opportunity to buy the Lisbon property with the 10-year tax break, which is almost certainly going to end at the end of the year if not sooner. We're seeing a flurry of interest in both the Golden Visa scheme and the non-habitual residence scheme right now.

3. Why are they changing the rules in Portugal?

Well, there's a number of things at play, but I think the biggest single reason is the EU neighbours don't like it very much. Whereas they put conditions upon gaining residency and nationality in their own country, if Portugal does it much easier and cheaper, or just easier, they get entry into those other countries anyway once they've got residency or nationality, so they don't like it and they want common standards, or standards which are aligned. That's one reason. The second reason is that it's undoubtedly led to a considerable rise in the value of Lisbon property in particular, in the price range EUR300,000 to EUR500,000, because what's tended to happen is that the EUR350,000 valued property has been put up to EUR500,000, and that's put pressure on the whole market, at least at that level. So, locals are being priced out and that's a common factor when you get rich people coming to live in your country - those who are less well-off tend to think that they are priced out. And in this instance, they also feel that you've got a lot of rich people coming there who are paying no tax, which is entirely correct - there are, and they feel that that's most unfair. It can be argued, and probably would be argued, that their tax burden is actually reduced by having these wealthy people putting money around the system and creating wealth for everybody. But nevertheless, you can see that this is an argument which is going to occur and does in every country with which grants special tax statuses.

4. To what extent is this interesting to clients living in the UK?

Well, for people living in the UK, it's a very interesting proposition because although they don't need any special immigrant status at the moment to go and live in Portugal, by the end of the year they will do, so they will have to apply as non-EU persons. So although strictly speaking we've left the EU, there is going to be little change until the end of this year, and then after that, everything changes. So for a UK person who wants to go and live in Portugal, now is the time to apply for a resident status, which you can get really, as of right, and with little formality and no investment. Come the end of the year, you will have to go through the normal immigration channels like any non-EU person. So, there's a rush to get in before that window of opportunity closes. There's also the factor that the tax rate for those people is going to go up from nought to 10%. So if you get in before those changes, they have announced that the pre-change deal will apply, so you'll still be on the zero tax rate. Those two things combined suggest that there's a big rush to get in there, if you have any intention of taking advantage of this opportunity at any time really within the next 10 years.

5. What's are the considerations for UK expats overseas?

Well the considerations are the same, but I think expats by their nature tend to drift home at some point, or close to home. Certainly, we're seeing a lot of people who are finding that, perhaps, political unrest in Hong Kong and the Coronavirus is putting a neat full stop to their stay here, so speeding up the decision to move back closer to Europe or into Europe itself. Again, the same considerations apply for them. You've got a window of opportunity in Portugal until the end of the year; we suggest you take it. Even if you're not sure that you need it, why not? It's very quick and simple to take out this residency. You may want it in the future. Why not? Unless you're adamant you're never going to want it, in which case of course you'd be completely wasting your time. 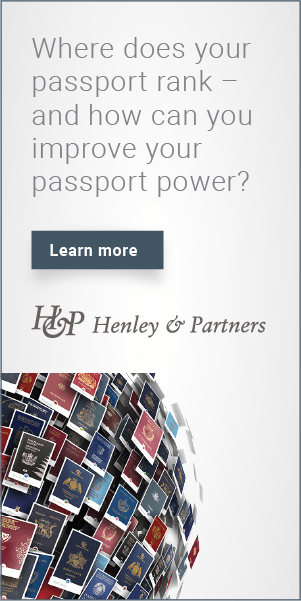 Planning your estate to protect your loved ones

Trusts and Divorce - A Trustee's Perspective

Family Offices in Singapore – the Market Evolution, the Mission and the Operational Challenges