Fitch Ratings-Dubai has warned that Egyptian banks, which were set to enter into a credit expansion cycle in 2020-2021, will be hit by the outbreak of the coronavirus.

According to a press release, banks' credit profiles could come under pressure in a weaker operating environment and with an economic slowdown. Delayed capex financing plans despite interest-rate cuts combined with a lack of appetite to lend to some distressed sectors will weigh on credit growth.

All Fitch-rated Egyptian banks' Long-Term Issuer Default Ratings are at 'B+' with Stable Outlooks, in line with the sovereign rating. Fitch Ratings do not see immediate pressure on banks' ratings, but material weakening in asset quality affecting the banks' capitalisation could lead to negative rating actions.

The asset quality of those banks that are most exposed to tourism, aviation and trade will be the most vulnerable to the impact of the outbreak and travel restrictions. The trade and services sectors (including tourism, transportation and Suez Canal) account for about 27% of total banking sector lending and 23% of GDP. Banks with higher exposures to small businesses will also be affected given the latter's weaker resilience to a deteriorating operating environment.

Measures by the Central Bank of Egypt (CBE) to restructure credit facilities to the distressed tourism sector for a period of three years combined with a six-month credit extension for corporates and retail could provide some relief, but will delay the recognition of impaired loans and understate the real level of problem loans in the sector. Fitch also believes some banks are less conservative in their loan classifications and their stock of Stage 2 loans is underestimated.

Stage 3 loans are adequately provided for, with sector average reserve coverage of 97% at end-3Q19. However, coverage of Stage 2 loans by specific provisions is weak (less than 20% for most banks). In a higher restructuring environment, we expect banks will be taking additional provisions against Stage 2 loans, which will inflate their cost of risk.

Profitability could prove highly volatile over the different interest-rate cycles given Egyptian banks' undiversified business models and reliance on high yields on sovereign securities, which represent about two-thirds of their interest income. The 300bp interest-rate cut by the CBE last week in addition to cumulative 450bp cuts in 2019 will squeeze the banks' margins. Nevertheless, banks with negative short-term interest-rate gaps will feel less pressure as their funding will reprice more quickly than their assets. Loan impairment charges (LICs) should rise from relatively low levels and banks still have adequate pre-impairment operating profits that provide a cushion against an increase in LICs without hurting their capital.

Banks' access to foreign-currency (FC) supply might be constrained by lower tourism receipts, affected Suez Canal revenue from the global trade slowdown, weaker remittances from Egyptian expatriates in the Gulf and FDI inflows. Market volatility and concerns over emerging market economies may result in hot money outflows and could restrain the sovereign's ability to tap capital markets for FC liquidity. Foreign holdings of Egyptian treasury bills were USD18 billion at end-January 2020, representing 40% of FC reserves.

Stretched FC liquidity and fear of the depreciation of the Egyptian pound might encourage deposit dollarisation, especially in a lower interest-rate environment. However, we believe banks still have adequate FC liquidity buffers, with net foreign assets of EGP76 billion (USD5 billion) at end-2019 covering 10% of FC deposits, and with a sector average FC loans-to-deposits ratio below 70%. FC deposits are largely domestic and have proved resilient in periods of challenging political and economic conditions. 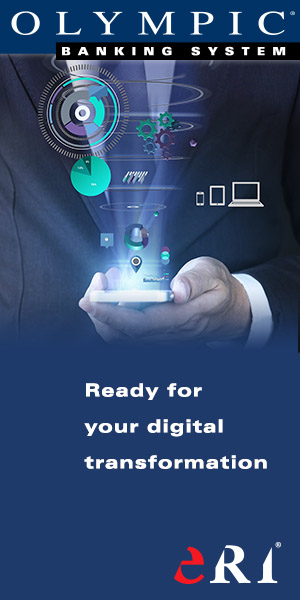