Where Are We Now? RGN Reviews the State of Play for CRS and AEOI Rollout 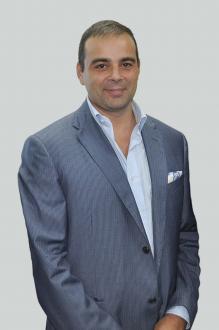 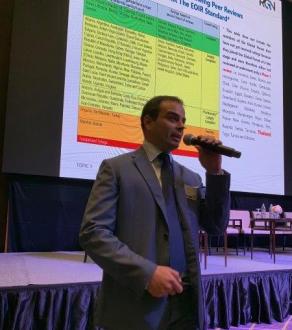 Ivan Pelle, one of the Founders and Executive Director, expert in International Taxation at Recontam Global Network (RGN) is on a mission to make its clients and partners aware of the rollout of CRS and AEOI across Asia-Pacific and how this might affect tax planning and investment strategies. He addressed the audience at the Hubbis Thailand Wealth Management Forum to update them on the timetable for countries, including Thailand, to participate and comply fully with the new CRS and AEOI conventions, and how these affect taxation planning and citizenship or residency by investment initiatives.

“My mission today,” Pelle began, “is to look at regulation in relation to taxation, as this is a vital area any asset manager needs to know about in order to properly look after their clients. To do so, we need to clarify what a participating jurisdiction under CRS means, as well as what a permanent non-reciprocal jurisdiction is.”

Pelle first offered some background on RGN. RGN is a specialist team of senior practitioners who craft bespoke solutions derived from a deep understanding of clients’ needs and ongoing objectives. Whether you are a high-net-worth individual, family office or international corporation, the goal is to understand client priorities – now and for the future. RGN expertise cover multidisciplinary consultancy services for the international needs of family offices, worldwide tax planning and advisory, global residence and citizenship by investment programs, retirement planning, construction and administration of structures for unique purposes (company / trust / foundations), establishing and maintaining banking relationships in Asia, EU and non-EU countries, the Americas and Identifying optimal financial and real estate investment strategies.

Turning back to his main topic of the day, he then explained that a participating jurisdiction is a jurisdiction with which an agreement is in place pursuant to which there is an obligation to automatically exchange information on reportable accounts which are identified in a published OECD list.

He explained that Thailand at the moment is in Phase I, meaning that the scheduled review for Phase II by the OECD on Thailand is expected in the first half of 2020, by when Thailand would have to be compliant under AEOI to respect OECD criteria. Following this, the process of implementation should be ratified and implemented considering the politic timing.

“This,” Pelle explained, “means that they would be rated by Global Forum and therefore every effort has to be made by the country to reach the appropriate standard and level.”

He moved on to cover the position of a permanent non-reciprocal jurisdiction; this might be a country that is engaged in participating in AEOI but that does not seek a similar reciprocal inflow of such information.

“As soon as that jurisdiction declares themselves to be a permanent non-reciprocal jurisdiction, they will supply information but they will not receive such data,” Pelle clarified.

Normally, he elucidated, the choice to be a permanent non-reciprocal country is driven by the fact that in that jurisdiction there might be minimal or zero taxation. With that he listed these countries, including Anguilla, the Bahamas, Bermuda, Bahrain, the British Virgin Islands, Kuwait, Marshall Island, Nauru, Qatar, Turks and Caicos Island, and the UAE.

“As you will appreciate,” Pelle observed, “this has major implications. If the Swiss resident, for example, has not fully declared income on that foreign account, for example in Dubai, the resident would likely suffer penalties, and possibly going back some 10 years, all unpaid taxes will be requested depending on the approach of each country.”

The opposite applies in the case of a resident individual in a permanent non reciprocal jurisdiction.  The UAE resident will not have their bank account information transmitted. For example, their Swiss bank accounts, will not be exposed to the UAE authorities. “Wealthy individuals today, based on our experience, greatly value their privacy and knowing that their information will not be exchanged cross-border is very relevant,” Pelle observed.

He moved on to discuss territorial and worldwide income taxation. “Around the world,” he noted, “countries have to choose what they really want to maximise. The three main objectives of international tax rules aim at national wealth maximisation, tax fairness, as well as economic efficiency.”

He explained that this is especially relevant in relation to the capital import neutrality (CIN), or capital export neutrality (CEN) tax policies. “Tax is claimed by tax authorities using resident-based taxation, territorial taxation, zero income taxation and citizenship-based taxation,” he explained. “Resident-based taxation is, of course, the most significant worldwide, in other words taxing your people resident in a country. But nowadays countries tend to implement tax policies mixing the CIN and CEN concepts. Capital export neutrality, implies that from a tax perspective the investor is placed on an equal footing regardless of whether they choose to invest at home or abroad.”

By way of example, Mr X might invest in State S, pay 20% tax there, then receive a tax credit (credit method) for that 20% in State R and pay an additional 20% in State R to reach the standard 40% rate of State R his home country. “The capital export neutrality is based on the concept,” says Pelle, “that Mr X will be able to invest worldwide but charged at the same level as if he were investing at home. The result from State R point of view is that State R contributed with CEN tax policy to promote investments abroad of its resident, therefore, State S collects 20% and State R collects 20% (providing also a tax credit)”

On the other hand, capital import neutrality policy might be chosen by those countries that want to bring capital into their country.

Capital import neutrality (CIN) implies that Mr X, resident in State R,  investing in a foreign country State S, and Mr Y resident in State S investing also in State S, should be placed on an equal footing from a tax perspective with respect to income sourced in the same State (State S). Via a full exemption method State R will not collect taxes on the foreign investments made by Mr X, but State S will collect 20% taxes from Mr X and and 20 % taxes from Mr. Y, therefore under CIN tax policy from State R point of view, State S collects 40% of taxes and State R 0% of taxes. Therefore for Mr. X this fact of not being taxed in State R is an advantage and for State R is an attractive tax policy.

Pelle closed his talk by noting that the taxpayer and asset manager of today should be fully aware of how the tax system works where they operate.

“Territorial taxation is a source-based tax system,” he commented, “meaning that income sourced in the country will be subject to tax, meanwhile if  sourced abroad may not be taxed (CIN tax policy).

Nowadays world-wide income taxation (CEN tax policy) is the most widely spread around the globe because it is a residence-based tax system.

Despite the above, the current trend of the tax policy maker is to apply both two tax policies in the  local tax law.

Finally, Pelle offered a quick insight to Turkey, which is a residence-based tax jurisdiction and that offers a low-cost passport scheme based only on investment in real estate of USD250,000, or a deposit in a Turkish bank institution of USD 0.5 million. The investments must be kept for at least 3 years. “After the 3 years you can divest and recover all your funds. The passport is provided within a maximum of 4 months from the beginning of the application,” he reported, “making this a very interesting opportunity.” 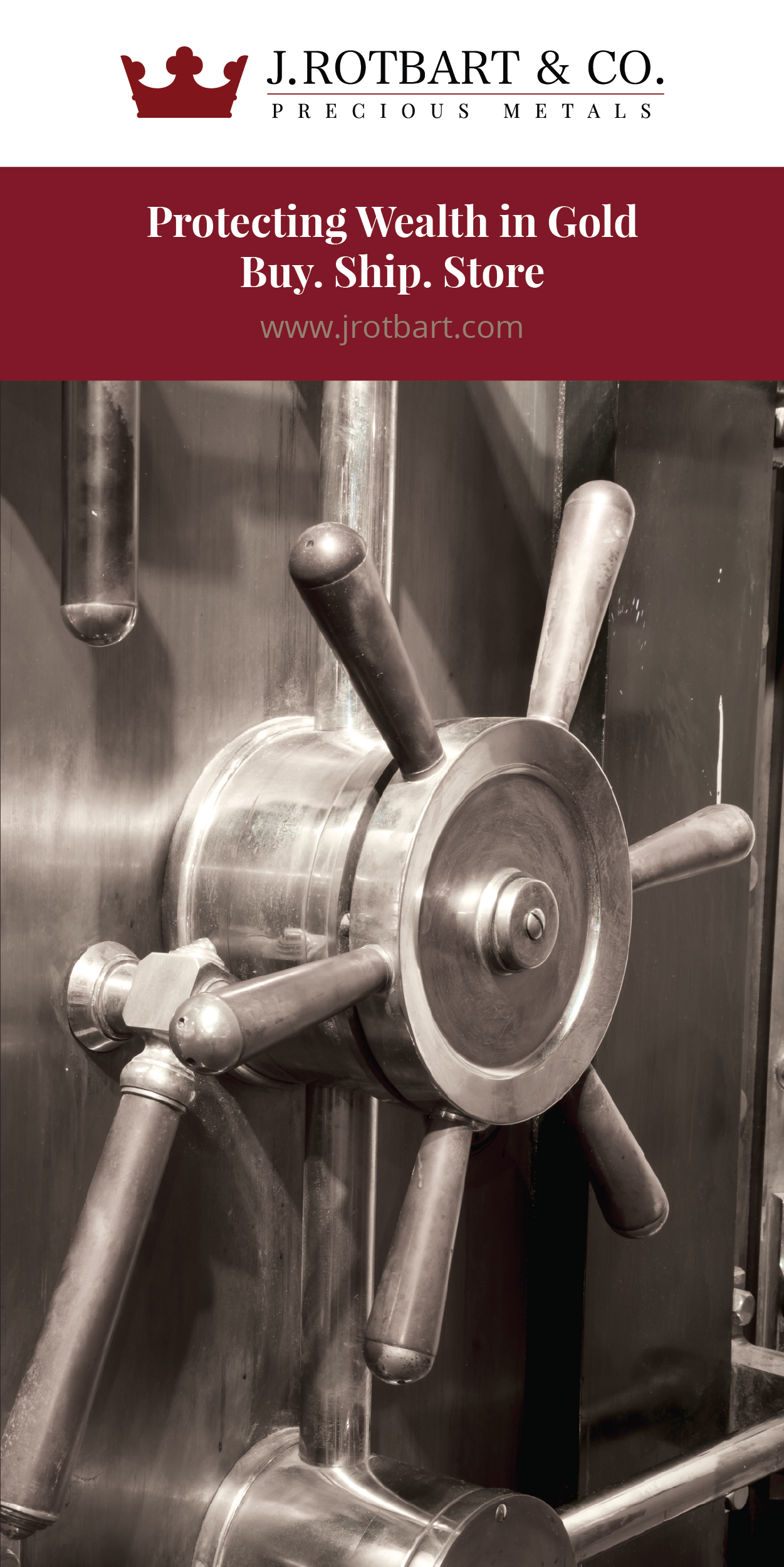 RGN Reviews the State of Play for CRS and AEOI Rollout

Where Are We Now? RGN Reviews the State of Play for CRS and AEOI Rollout

Quantifeed: At the Cutting Edge of the Digitalisation and Democratisation of Wealth Management 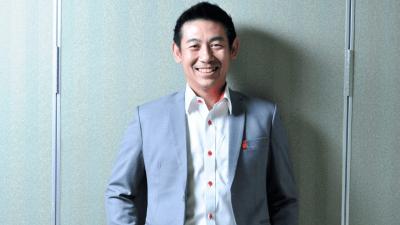 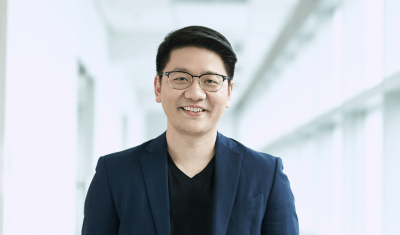 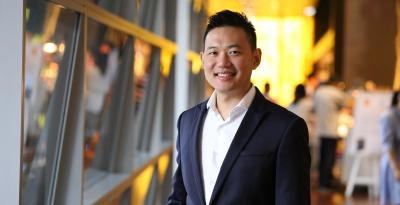 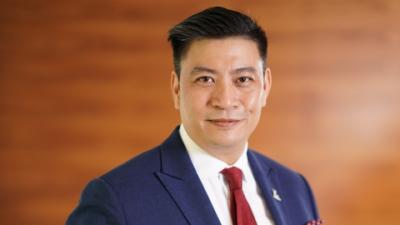