Malta’s Warm Welcome to the World of HNWIs, Wealth Management and Digital Assets 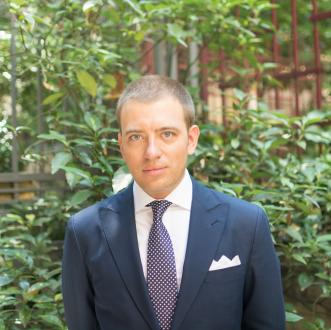 Malta might only be a small economy in the Mediterranean, but it has been growing at rates comparable to those of China and Vietnam over the past several years. It is in the European Union and in the British Commonwealth, and has an increasingly diverse economic base, as well as a wonderful lifestyle. Federico Vasoli, lawyer, Managing Director of dMTV, with offices in Malta, Vietnam, Dubai and Singapore, and Member of FinanceMalta, gave a presentation to the Hubbis Asian Wealth Solutions Forum in Singapore to highlight Malta’s many appeals for Asia’s wealthy individuals and families, and he especially highlighted its initiatives in the world of blockchain and digital assets, which are both gradually being adopted by more and more investors and wealth managers worldwide.

Vasoli explained first that he is director of the law and tax firm dMTV, standing for his family’s surnames de Masi Taddei Vasoli. The firm offers legal, tax and corporate services to companies and entrepreneurs, with offices in Malta, Vietnam, Dubai and Singapore and a close co-operation with the law firm of the same name in his native Milan, Italy, and Lugano, Switzerland. And he is a member of FinanceMalta, the government body that promotes inward investment into the country.

Vasoli works with many people from many countries, some of whom turn to Malta for its pro-business legal framework, attractive tax regime and alternative residence and citizenship, which also naturally brings them EU freedom of movement rights. He is a keen promoter of the merits of Malta as a safe and vibrant business hub in the Mediterranean, a destination for inward investment and as a host for new residents and citizens.

Malta, Vasoli explained, is less than half the size of Singapore, with fewer than half a million people living there, of which many are expatriates from virtually all over the world, yet it is enjoying an extraordinary growth of 5.6% year on year GDP growth. “We are talking here about a very small economy, the absolute number for GDP being EUR12 billion, but it is a happy island in the middle of the Mediterranean Sea in a strategic location and with great appeals, including safety, English as one of the two official languages, diversity and the generally high level of education and professionalism of the people that shape its economy.”

“A pro-business legislature, whichever of the two main political parties is in power,” Vasoli commented, “is driving Malta’s growth, which is by far the best in the entire EU, of which it is a member since 2004, having thereafter adopted the Euro. There is a government in power now with the largest ever parliamentary majority in the history of Malta, there is great cultural diversity, protection of civil rights, there is the history of British law and customs and a very enjoyable Mediterranean approach to life.”

He explained that infrastructure, such as roads and public transportation, need to be upscaled to fit the demands of a booming economy, but observed that the government is doing that and is welcoming foreign expertise in this and other fields that are pivotal to Malta’s continuous and sustainable growth.

“Malta has actually been at the forefront in legislating on pensions, insurance, professional investment funds, and now blockchain, cryptocurrencies, and also artificial intelligence,” he reported. “It is a major tourist destination, and being an island of course shipping, construction, logistics are very important. I would highlight the fact that Malta is great for funds, as well as for personal and corporate taxation. FinanceMalta, with which I also work, is the public-private initiative of the Government of Malta that has been working hard to promote Malta as an investment centre and to promote its services industry.

Legislating for a digital world

Vasoli observed that there is a growing diversity in the economy, broadening the country away from its traditional industries, which remain robust. He highlighted, for example, trusts, asset protection, logistics such as shipping and freight forwarding, pharmaceuticals, high added value manufacturing, such as microchips, packaging, foods, cryptocurrencies and technologies, such as blockchain and broadband connectivity.

“Moreover,” he reported, “and this is my key point today, Malta is the very first and so far, the only jurisdiction in the world with a comprehensive legal framework for blockchains and other distributed ledger technologies, and what they call virtual financial assets, i.e. digital tokens that cannot be considered securities, and yet whose scope is broader than mere utility tokens. We have new legislation in Malta covering blockchain and digital assets, which is very interesting for the wealth management community, because it paves the way for this new asset class, namely virtual financial assets.”

Bitcoin, for example, which is the quintessential virtual financial asset, is not a security, nor is it a utility token; it is defined by the Maltese legislature as a virtual financial asset. “The new laws define what these assets are, and they also stress compliance and control and hence they introduced a number of thresholds in order for investors to be able to move through digital assets such as cryptocurrencies and other virtual products enabled by blockchain.”

He then highlighted the Singapore-Malta connection as it pertains to the world of virtual assets. “The Wild West days are hopefully over for digital assets,” he commented. “The combination of using Singapore and Malta for blockchain and digital assets is ideal, as Singapore has a large market of risk-taking investors, coupled with considerable experience in crypto funds, new listings, private and public offerings of start-ups, STOs, and IEOs. And these digital assets and blockchain can even be applied to social purposes, for example in Singapore we are assisting a client that is giving out digital tokens to people who collect abandoned plastic bags, which are then re-used to generate jet fuel.”

Both Malta and Singapore offer very attractive tax regimes. “The key feature of the tax regime in Malta for foreigners is that you pay a flat 35% corporate income tax, which is nominally a lot, but the Maltese company’s shareholders are then, in most cases, entitled to receive a refund of 30%. Now, because Singapore does not impose taxation on foreign sourced income, if the Maltese company’s shareholder is based in Singapore and complies with base erosion and profit shifting regulations, with anti-avoidance, tax-inversion and other relevant rules, then the shareholder is entitled to receive a fully tax-free tax refund from Malta in Singapore. And Malta and Singapore, on top of sharing quite similar legal systems and practices, from a regulatory and tax perspective, are both whitelisted by countries across the globe as compliant onshore jurisdictions. This is very important.”

His conclusion was that the adoption of the blockchain transactional protocol and digital assets are becoming more mainstream, as manifested by the growth in digital instruments, in tokens, and other virtual financial assets, and all this area is gradually becoming more widely accepted globally. “And as we operate out of both Singapore and Malta,” he explained, “we can offer a lot of support and assistance in this regard.”

He closed his talk by reiterating his openness to discussions with wealth management advisers across the Asia region, and his enthusiasm for attracting new HNW and UHNW wealth to Malta. “the connection to Asia is very strong already, and growing year by year,” he concluded. “There are great opportunities ahead for us to work together ahead.”

Malta’s Warm Welcome to the World of HNWIs, Wealth Management and Digital Assets

ZEDRA: Expanding their global range of services to the private wealth clients in Singapore and the region