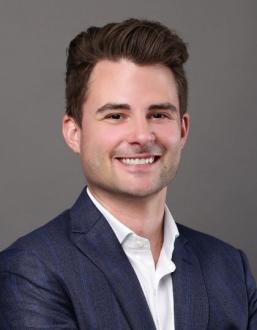 Reto Wolf, Head of Product for Asia Pacific at additiv, sees a bright future for the neo and challenger banks that serve the rising ranks of mass affluent in Southeast Asia. He addressed delegates at the Hubbis Indonesia Wealth Management Forum, focusing on the rise of the mass affluent markets, and the arrival of the ‘super apps’ and the ‘challenger banks’ that are reshaping the wealth management landscape in the region. He offered his insights on how incumbent banks can embrace digitalisation and compete more aggressively for this fast-expanding customer base of the future.

additiv is a leading wealth management platform provider in the region, offering financial institutions a platform to create and launch engaging wealth apps, either plug and play or co-created.

“If I wanted to incorporate a start-up tomorrow that sells products and services online, then Indonesia would be on top of my list,” he stated. “Indonesia is the largest and fastest growing internet economy in Southeast Asia. Its size has doubled year after year for the past 5 years and is estimated to further grow to USD133 billion over the course of the next 5 years, largely driven by travel, media, ride hailing and payments. Meanwhile, loans, wealth, investments and insurance are catching up fast. This growth is largely fuelled by the rising class of mass-affluent in Southeast Asia.”

He remarked that the number of mass affluent in Southeast Asia is set to double in the next 10 years to more than 140 million people. “In Indonesia, the mass affluent today make up about 9% of the population, and this is estimated to grow to 21% over the course of the next 10 years. This presents a mouth-watering pool of new consumers for all industry sectors. These are the people that graduate from the mass market; they move from having a scooter to having a car, purchasing the newest smartphone models, and buying luxury goods and services.”

Wolf then walked the delegates thought the characteristics of that new-to-wealth persona. “The large majority are digital natives that spend more time in front of a screen than talking to their partners. They’re well educated professionals, mostly millennials, many of whom are small business owners.” Wolf added, “This persona holds disposable assets that can be spent on luxury goods and services or be saved to achieve financial goals. This new segment of mostly digital natives needs financial education and guidance in the form of engaging and intuitive apps.”

Wolf explained that intensified competition presents a wake-up call for incumbents. “Five years ago, the players in the Southeast Asian internet market, including the Financial Services sector, were laser focused on their core competences,” he highlighted. “Today we see a very different picture.”

Wolf then surveyed two notable takeaways “big tech players, sometimes referred to as ‘super apps’, have expanded sideways across sectors. Gojek, as a local example, rapidly established itself as the dominant provider in mobile payments and is further expanding into more profitable financial services. On the other hand, there are also purer FinTech competitors carving a niche.”

Wolf referenced the recently published e-Conomy SEA report, that categorised financial services players into four categories: “established financial services players, including the likes of banks, security companies, WM firms, insurance & remittance companies, are trusted and the most experienced firms in their sector,” he stated. “Then, there are the established consumer Players including telcos and retailers. Those established companies are very interesting, as they have access to tomorrow’s mass affluent, many of which today are underbanked and are located in more rural areas.”

Wolf described the consumer tech platforms as the third player. “This category incorporates the Big Tech companies and super apps including the likes of apps Gojek, Grab, Alipay or WeChat. The Big Tech companies are the elephants in the region,” he stated, “and many have started to acquire virtual banking licenses in Hong Kong, Taiwan and Singapore. Those Big Tech companies are extremely well positioned to shake up and reshape the emerging affluent wealth management landscape across Southeast Asia. Those giants already serve a large amount of mass- and affluent segments, and have the tech talent and the necessary balance sheet to fuel the creation of engaging user experiences and growth.”

Pure FinTechs are the last category, describing local players like Bareksa, Ovo, AkuLaku and Dana, which are “Specialised FinTech companies that carve a niche, or are new and quickly-expanding international Neo banks.”

What are the opportunities and threads for established financial services players? “I think there are two major opportunities,” Wolf answered. “The first one is effective customer retention. Let’s look at how eCommerce platforms like Shopee or Lazada activate existing customers. The platforms create content of high customer value, then identify and distribute that content to relevant customers, measure and optimize the conversion funnel and as a result constantly maximise customer lifetime value. Their platforms have been built to cross- and up-sell at scale. As an incumbent financial institution, you want to follow this example and improve your customer retention by investing in your talent pool and platform to enable effective customer engagement.”

The second opportunity includes gaining access to tomorrows Mass Affluent Class by establishing strategic partnerships with established consumer players and consumer technology platforms. “One possible way is to create so called ‘Micro apps’,” Wolf stated. “Micro apps are those little app icons you see within your Gojek, Grab or WeChat app. It’s like an app within an app. The functionality of such a Micro app can include a financial product or service, and can be offered and operated by 3rd parties, such as a financial institution. Incumbent banks can think of ways to create and distribute such digital products through the digital customer channels of established consumer players, such as retailers or telcos, to drive the customer acquisition of tomorrow’s mass affluent.”

Wolf added “I believe that a simple savings and investment proposition resonates well with the rising mass affluent in the region, teaching customers how to invest, providing educational insight and taking small steps forward.”

Wolf raised the question, “Is there any market leader in other industries that does an excellent job of enabling effective customer retention and digital agility?” He continued, “Everybody knows Salesforce, the company does an excellent job in both, achieving digital agility by allowing developers to easily create engaging apps on top of their platform, and driving customer retention based on customer insights.” Wolf then explained that four components together make up this so called ‘system of intelligence’.

“The first component is called ‘Lightning’, a platform that orchestrates data across an underlying system of records. Examples from the financial industry include your core banking system and other back-end applications. The 2nd component is called Einstein, the AI and machine learning capability that takes data and generates more insightful data, for example, a prediction of what sort of research a customer may like to read next. The 3rd component is an API Platform, that allows the distribution of data to 3rd party apps such as WeChat. The 4th and last component is an app Store allowing third party solution providers to participate and contribute value.”

“As an incumbent bank, you want to build that ‘system of intelligence’ platform, either by yourself or in collaboration with a vendor. It allows you to orchestrate data, enrich it with intelligent customer insights and effectively make use of those insights by engaging relevant customers with the help of relevant content at the right time through the right channels.”

Wrapping up, Wolf said he wanted the delegates to take away three things from his talk. “First, the mass affluent opportunity in Southeast Asia, where there will soon be 140 million new-to-wealth relationships. Second, build a system of intelligence that allows you to challenge the challenger banks and super apps, thus allowing you to effectively retain customers and assets. And the last thing, think of ways to create and distribute digital products to potential partners through established consumer players and consumer technology platforms to drive the customer acquisition of tomorrow’s mass affluent.”

HNW Insurance in Asia: A Review of the Innovations and Market Outlook

How Physical Gold Can Make A Key Addition to Any Portfolio